Why Sempiternal?
Sempiternal is Latin, meaning always (Semper) and eternal (aeternus).
The love we have for CrossFit is Sempiternal, and so is the passion we have for helping others. There is no other feeling quite like achieving something you once thought impossible. Your first muscle up, your first bodyweight clean, your first double bodyweight back squat, it’s all achievable with the right coaching and motivation. CrossFit Sempiternal is a place you can go at the end of a bad day and turn it into a great day. It’s a place where everybody knows your name, knows your children’s names, your likes and dislikes. CrossFit Sempiternal is a home away from home. We want you to share our Sempiternal love for CrossFit. Join today! 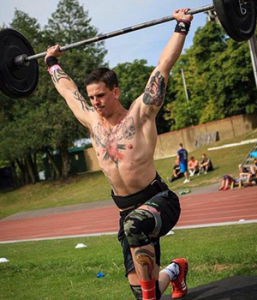 Neil has been active in sports and fitness from a young age. Throughout his teenage years he played football and was a member of 12 quays boxing club. At 16 he joined the British Army. During his 8 year career in the army Neil was part of the regimental boxing team, competing on several occasions. During Neil’s second tour of duty in Afghanistan, he started training following CrossFit.com workouts of the day (WODs). A year later and Neil discovered his passion for helping others move more efficiently and completed his Level 1 at CrossFit 3D in Manchester. 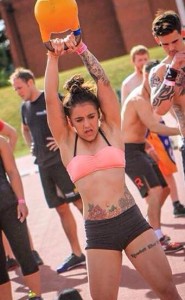 Lisa and Neil have been married since 2010. Lisa first got into fitness through body building. After several attempts of Neil trying to persuade her to try CrossFit, she finally decided to do it in January 2014…and loved it! She soon realised she was a natural talent. 18 months later, and many people was asking Lisa for advice on complex movements and Lisa loved helping them move more virtuously, even helping many get their first pull ups. Lisa completed her CrossFit level 1 in London in July 2015.